New Relic has just announced New Relic One and a focus upon “entity-centric observability”. The announcement video featuring the CEO of New Relic, Lew Cirne is here. The idea is that the set of things that need to be monitored is exploding at an exponential rate, requiring not just metrics from all of these things, but an understanding of how they relate to each other. In other words the availability, performance, throughput, and error rate of each thing needs to be understood in the context of the things (and layers in the stack) it is dependent upon and that depends upon it. This is conceptually depicted in the image from the announcement below.

A more realistic and complex image comes from Instana which features a Dynamic Graph that understands all of the relationships and dependencies for each monitored object or entity. 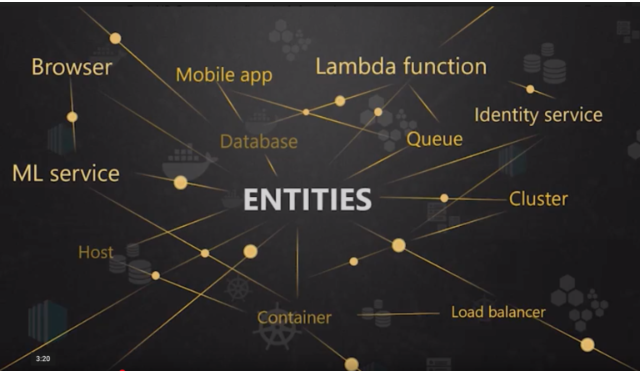 The same idea exists in Dynatrace which calls the ability to understand relationships and dependencies Smartscape. 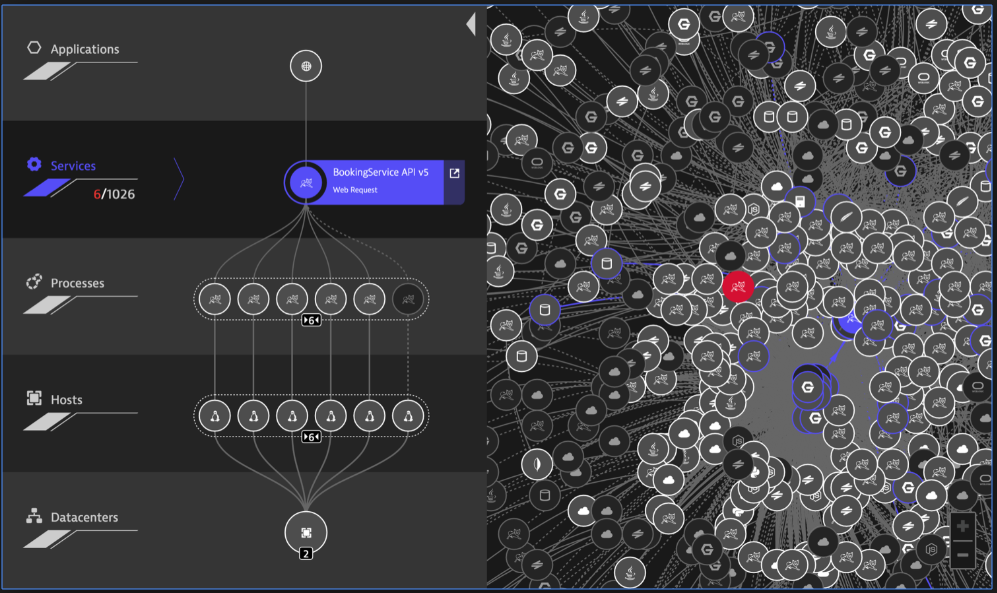 The new Physics of Monitoring

The problem of understanding, managing and improving the behavior of all of the objects (entities) that will be connected to the Internet is similar to the problems of scale encountered in physics for the following reasons:

So it is not that relationships and dependencies have suddenly become important, it is that real-time relationships and dependencies (stored over time) have become essential. So the state of every object or entity as described by its metrics needs to be understood in the context of the state of all of its related objects and metrics. This is, by the way, the only way that AI and ML stand a chance of doing deterministic root cause.

The New Economics of Monitoring

The history of the monitoring business at the application layer (called Application Performance Management or APM) is that there were relatively few things to be monitored that really mattered and that the APM vendors charged a lot of money for each thing that got monitored.

It was not that long ago that APM vendors charged between $10,000 and $15,000 per monitored server or Java Virtual Machine (JVM). This was justifiable because there were just not that many servers or JVM’s that needed an APM solution and those that did ran applications that were so important that the APM solution was easily cost justifiable.

Now the APM industry finds itself in an interesting situation. In its 2018 Magic Quadrant for Application Performance Monitoring, Gartner makes the following prediction, “By 2021, the need to manage increasingly digitalized business processes will drive enterprises to monitor 20% of all business applications with APM suites, up from 5% in 2017”.

What this means is that before the explosion in devices that need monitoring occurs, that the APM vendors only have succeeded in covering 5% of what existed in March of 2018. In order for the APM vendors to capture the forthcoming explosion in scope and scale the following issues will have to be addressed:

The APM business has been one of the most attractive and successful sectors in the software industry. It now faces an unprecedented opportunity for exponential growth, but only if it can adapt to the new physics and economics required to address this new opportunity.

Observability is NOT an Option in the Cloud